January 16, 2010 I headed to Tuscaloosa, AL to meet my brother.  We wanted to do a little shopping before we got in line at the stadium so we shopped around on the strip but most all the retailers had the same gear. I got the official locker room gear from Nike. 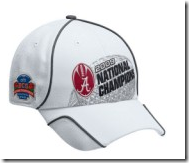 Once we were done shopping we stopped in at Buffalo Phil’s for lunch. 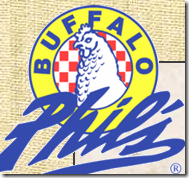 The stadium gates opened at 12pm.  We managed to get in line early enough to be in the first 3,002 fans. Those fans were lucky enough to get on the field to watch the ceremony.

Once in, we still had to wait about 2 hrs before they started. They played highlights from the championship game and various other clips while we waited.

The speakers ranged from Mal Moore, Nick Saban, UA’s president, various players and coaches. Nick’s speech was the best when he said “it’s only the beginning!!

Congratulations to the University of Alabama on their 13 National Title, I’m a proud Alumni (2001)!! Roll Tide Roll!!

Here are some photo’s of the event:

Update: This video was played at the statium!:

This site uses Akismet to reduce spam. Learn how your comment data is processed.